The creative director at Panache an Aveda Salon, Juliana Koutouzakis, chats with photographer Carly Cristello, aka Snappin Necks, about their latest collaboration together, “I’m with the Band,” a musically inspired visual collection created by the ‘Panache All Stars’ hair and makeup creative ensemble! 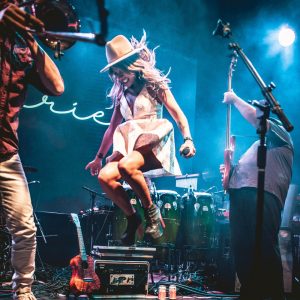 JK: I was watching your instagram feed while you were touring with Artikal Sound System last summer doing concert photography. I loved the light and color that you captured at their shows. I could feel that energy. Live shows were off limits for so long. It was great to see audiences loving music again, in person. What’s concert photography about for you?

CC: For me, it’s like you said, it’s capturing the energy of the band and the crowd. You can look around at any concert and see that everyone involved is feeling that energy. Even the people that are working there, like security, are watching the show too and that feeds their lives as well. The people next to you become your friends for the night, everyone is in a good mood, exuding love and it’s just the happiest place in the world. People say Disney is, but really concerts are. 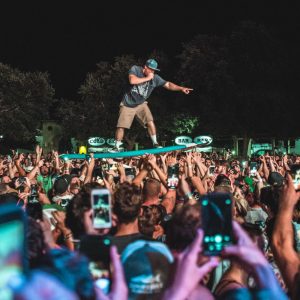 You’ve been doing this for a while now. How did this become your niche?

It started when I lived in Boca. I didn’t have many friends that liked the same kind of music I liked. Slightly Stoopid is my favorite band and there was no way I was going to miss their concert, so I went by myself. I offered to buy my friend a ticket to go with me but they weren’t interested, so I used that money to pay for a meet and greet prior to the show. It was the coolest thing! It was like a big barbecue. This guy from Jamaica was grilling food for people that bought meet and greet tickets. I felt like I was hanging out with friends and that’s when I knew I wanted to be a part of that life. I wanted to be working with the bands and with the fans. The icing on the cake is that they invited me to the after party with G Love. I knew I needed to be a part of this and I didn’t even start photography until 6 months later.

For the salon, I was already working on a music inspired collection of hair, makeup and fashion for our fall/winter photoshoot. Seeing your work on tour really got to me. I asked if you could transfer that concert flavor to the next photoshoot for us. How did you bring that energy into the studio?

Well, the energy was already there. You did such a good job of setting up the shoot. We had persian rugs, mic stands and cords and guitar amps collected from all over town set up as a backdrop. When I got there it was just so easy for me to hop in and start shooting. The models, they all had the confidence of a lead singer and that helped tremendously. They came in like “I’m the headliner, I’m the lead singer, I run the show” and it was so easy to mesh with them because it had the energy of shooting a concert. The set up looked like a stage and the models came in with that vibe and we went from there. 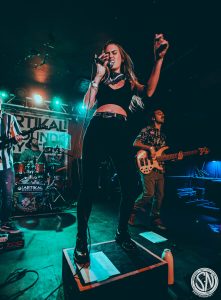 It was fun to see how our hair and makeup artists imagined their models with the bands. What imagined concerts inspired the looks in the studio?

Well, you had that roots reggae girl, Kenyona, she was awesome. That really spoke to me because I mostly shoot reggae concerts. Our model, Thömas, as soon as I saw him with the makeup and the glam outfit, Adam Lambert came to mind. I’ve seen him in concert and he had that same energy, that same style, so that was really cool for me. We had a 70’s rock girl, a look inspired by Prince and we had a Gwen Stefani vibe for our model, Kayla. I think all of them had this cool take on different genres which made it even more awesome. It was like shooting six different concerts over two days. It was fun.

You were a hairstylist for a while too. Even though you don’t do hair anymore, I’m grateful that you’re still involved in the salon universe. It’s how we got to be friends. How does your hair background inform the way you shoot?

This is a cool question. I was mainly a colorist in the salon. Coloring hair and editing photos have so much similarity between them. Correcting reds with greens, yellows with violet, oranges with blues so the color wheel really comes to play. You need that knowledge to correct hair color and it’s the same thing with editing photos. With concerts, it’s all bright lighting. For example, if somebody comes across too red, in red stage lighting, it ruins the photo. You need to correct that with the greens. It’s color correction in a totally different environment but the concept is the same. 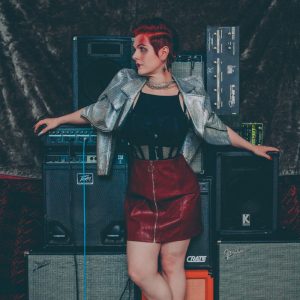 I would have never thought of it in that way and that’s why I need you! So, what’s next for Snappin Necks Photography? What’s your dream tour?

To go on tour with Slightly Stoopid would be a dream come true cause those guys and their crew are so fun. I’ve gone to shoot them many times on their Florida runs and in Vegas, Atlanta, and other cities but I’ve never been on a full tour with them. I go on tours here and there with Artikal Sound System and I am really living my dream by doing that. That’s been my dream since I shot my first concert. When you’re working directly with a band, you’re with them 24 hours a day. They’re like siblings, especially Artikal, it’s cool to jump in with a group like that and shoot their concert every night.

You must feel like part of the family and a photojournalist at the same time documenting their life on tour. I spend a lot of time with you at the salon, but we don’t often have a chance to get personal. I’m glad I finally got to ask you about this other fantasy life. 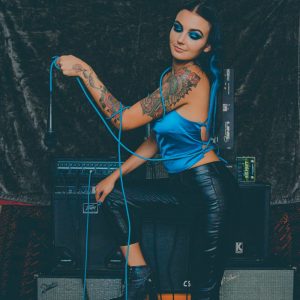 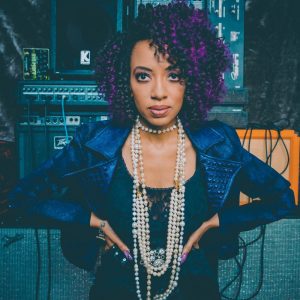 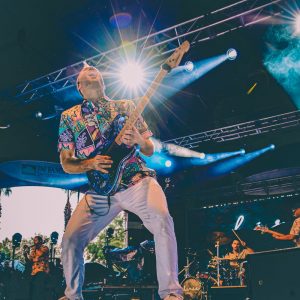 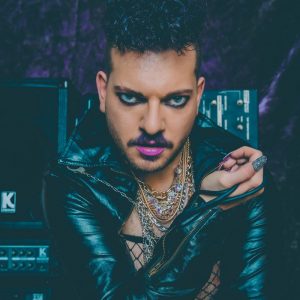 Wondering which Panache Artist is perfect for you? Try-our match-making survey!

New to Panache or interested in trying a new service? Download our $20 gift and book an appointment today!

Get the goods – recreate your salon experience and look at home.

We offer gift cards for any service or dollar amount. Purchase online or come in and see us!